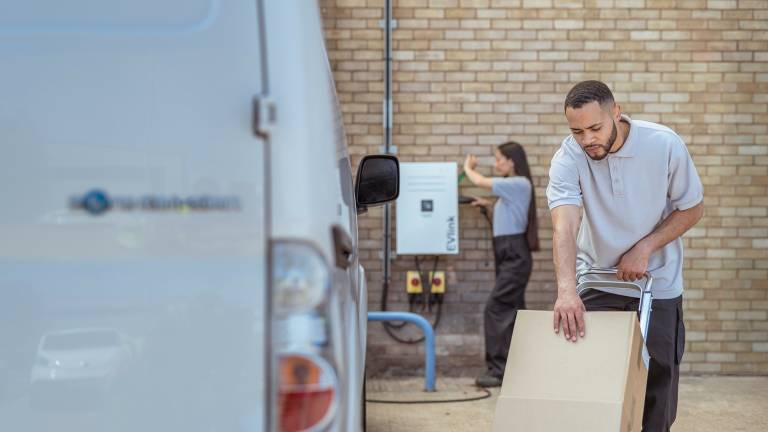 Is EV for me? Vans and business

Should I invest in an electric van?

Of course, we want you to go electric, but we don't want you to make a bad investment. It's too important.
So, should you go for it?
Here's our two-minute guide.

YES: It's a no-brainer

If you drive more than 25,000 miles a year and have off-street parking or a depot. 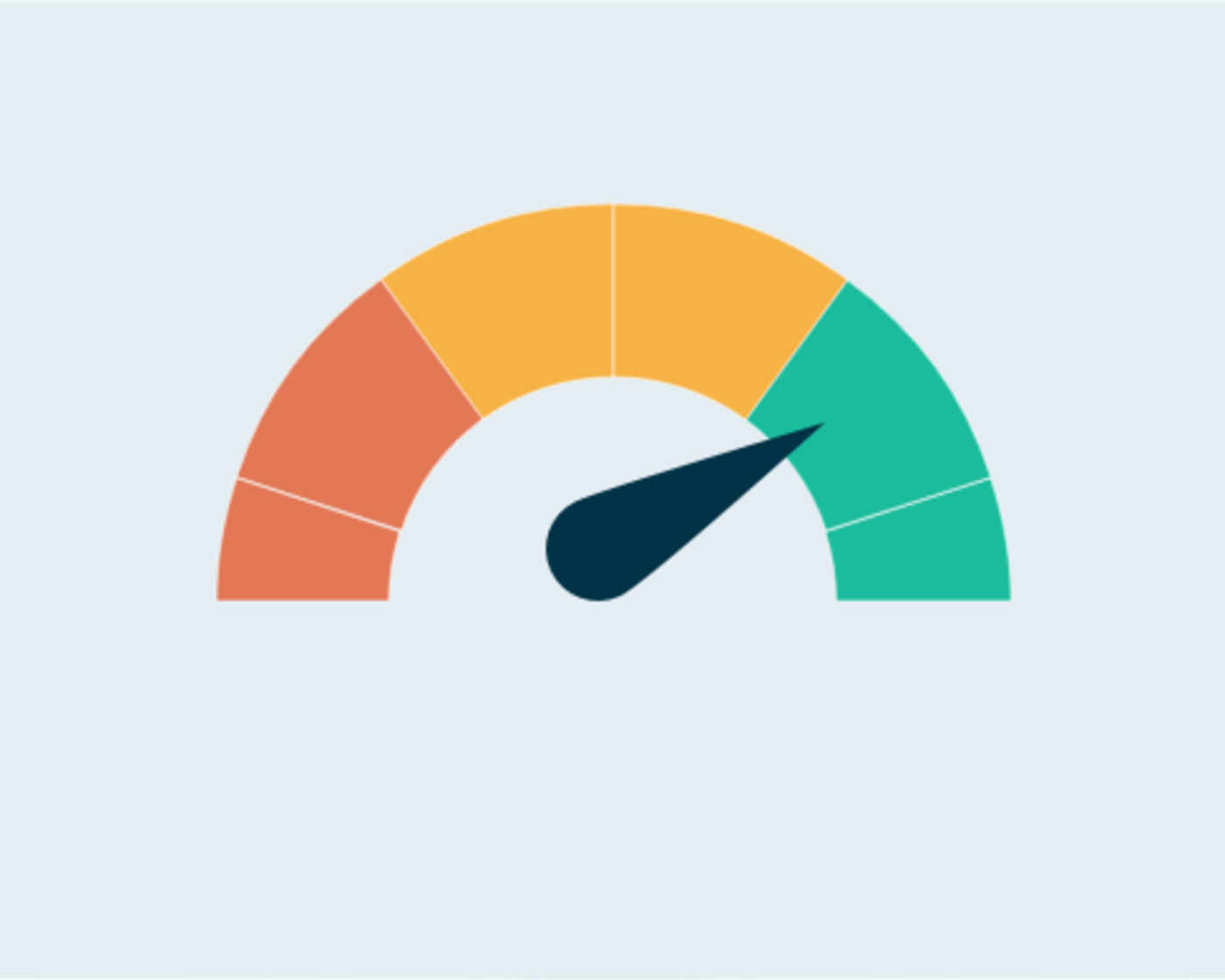 Read on to find out how much you could save, how to get a charging point installed at home or work and what grants are available.

YES: but check the numbers

If you drive 20,000+ miles a year with lots of starts and stops, it's probably going to save you money, even if you have to plan your charging routine. This is especially true if you don't have a Euro 6 diesel at the moment. 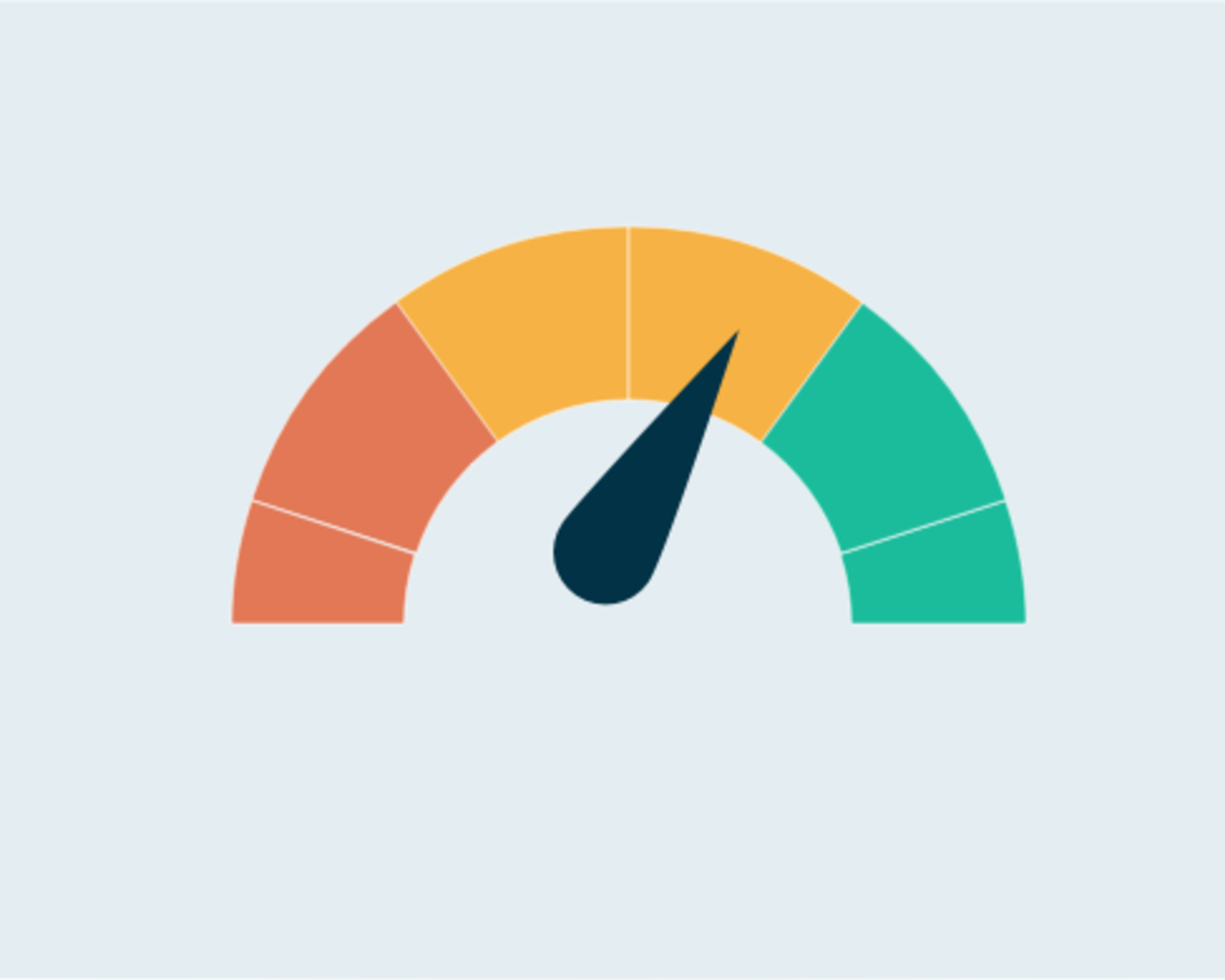 The sums may not stack up yet if you work all over the country and drive long distances each day with frequent overnight stays; don't have anywhere to park your van at home; or drive less than 475 miles in a working week.

But things are moving quickly. 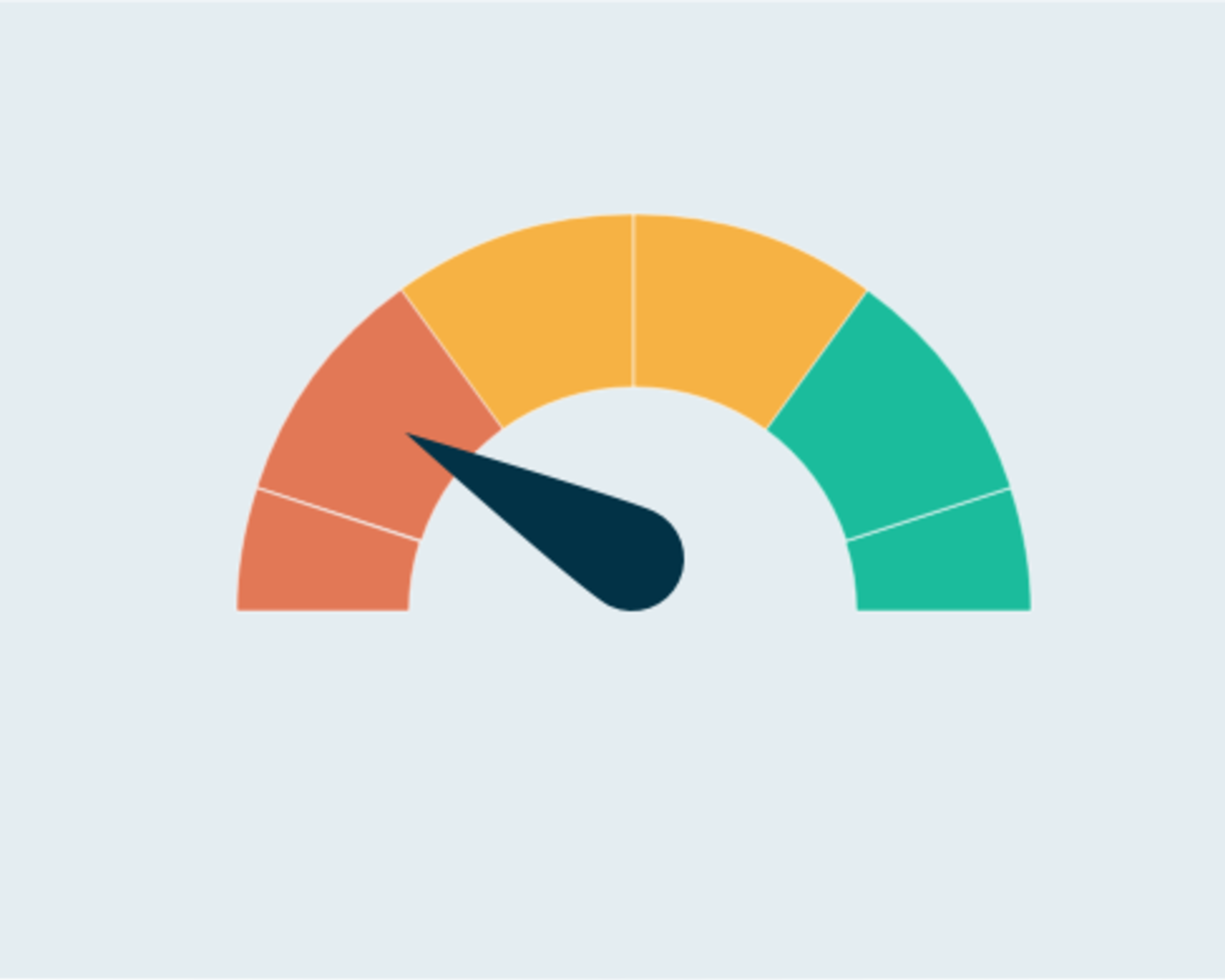 There are plenty of reasons why staying up-to-date with the fast-moving world of EV could help you make the decision to switch, and save you money:

So it's worth checking back soon, and keeping an eye on Zap-Map to see where you could plug into a charging point.

How do the sums stack up?

You could save £thousands by going electric*

* Figures are based on buying an electric van outright plus charging, maintenance and 'road tax' costs over three years.

Of course, your exact savings will vary - it depends on how you use your vehicle.

So, where will those savings be made? 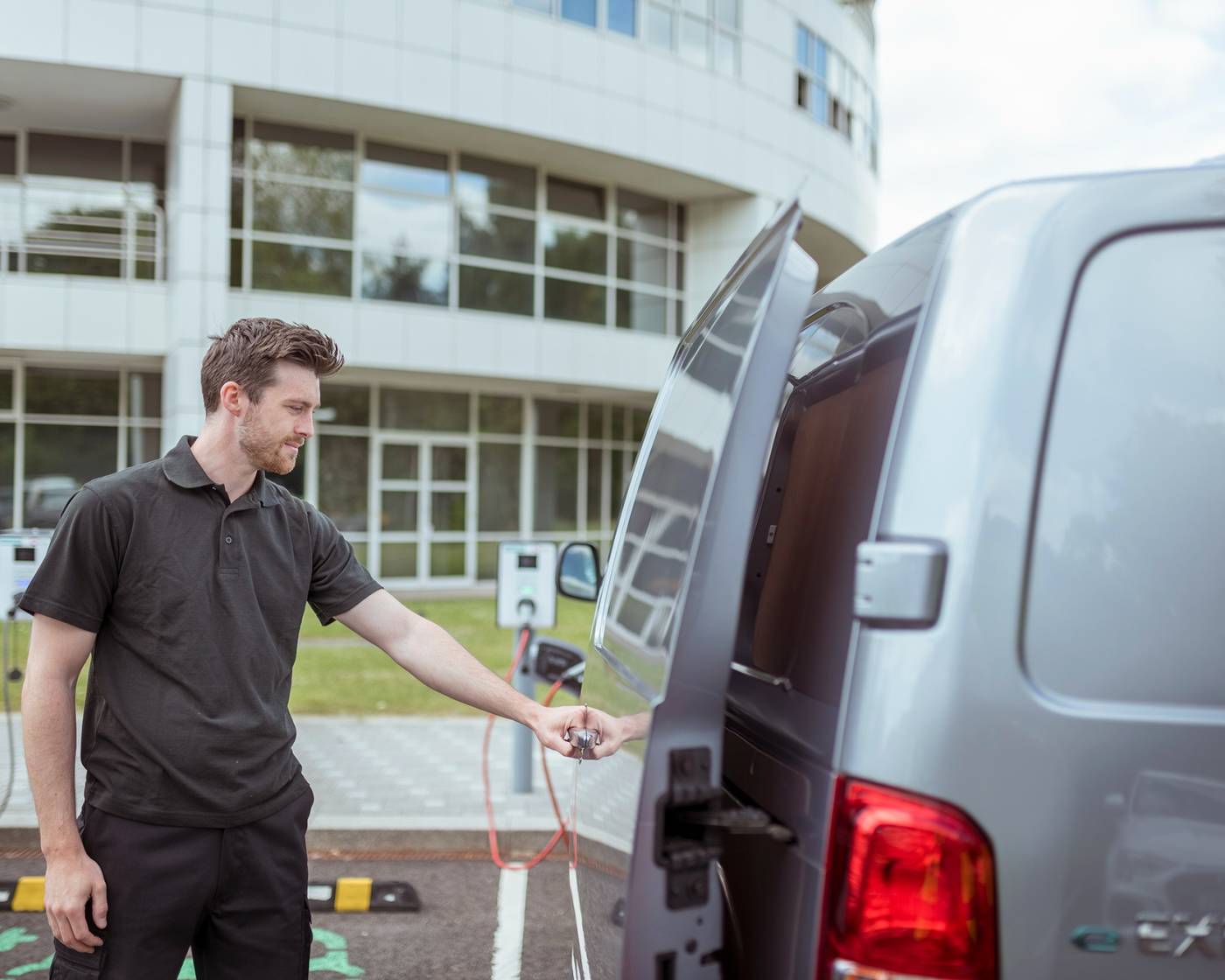 Half the fuel cost

Cost per mile is normally half that of diesel for a similar vehicle. You can work out typical costs per mile with this home-charging calculator. 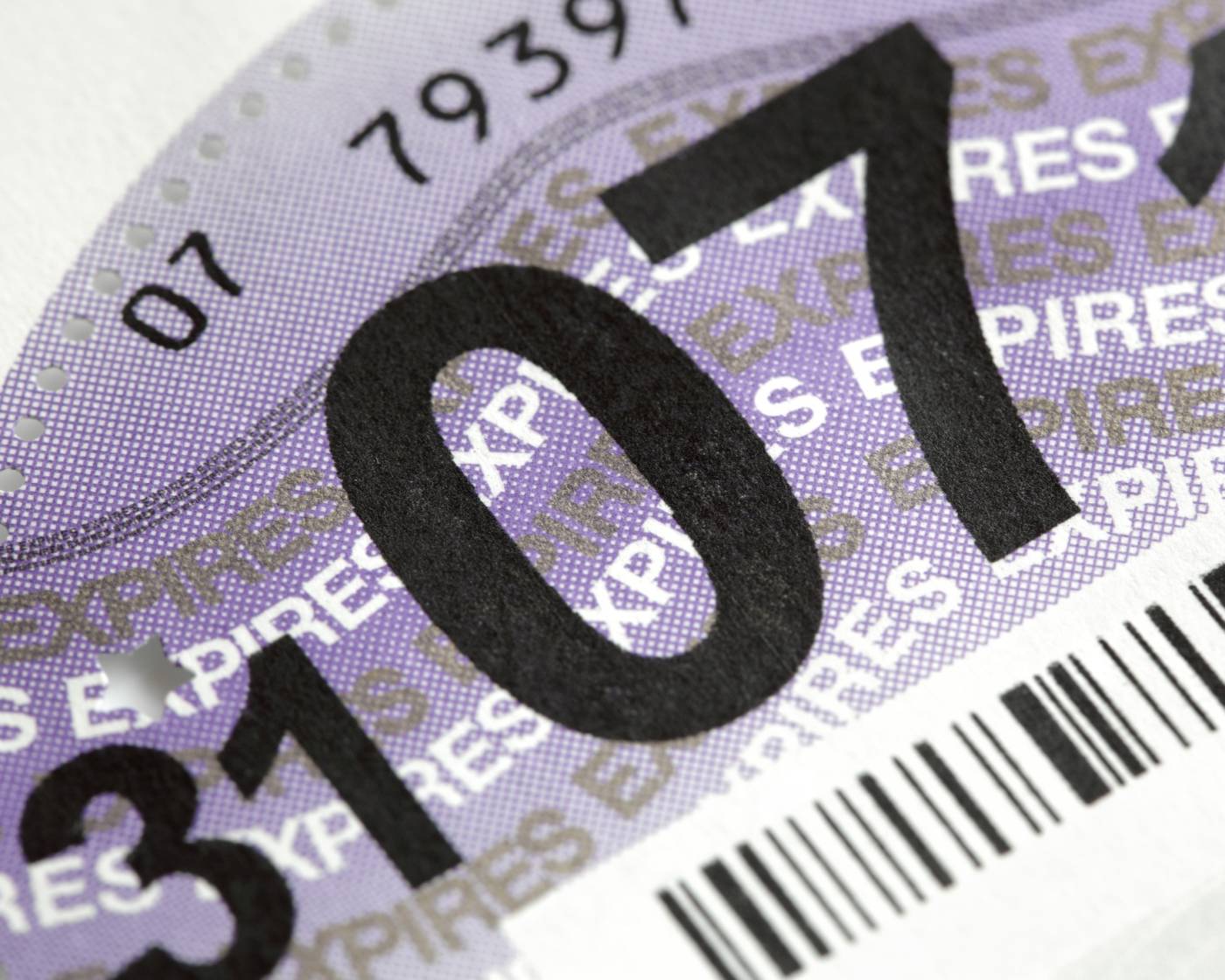 Most electric vans are zero-rated for Vehicle Excise Duty (what used to be called ‘road tax’). You can check VED savings here: 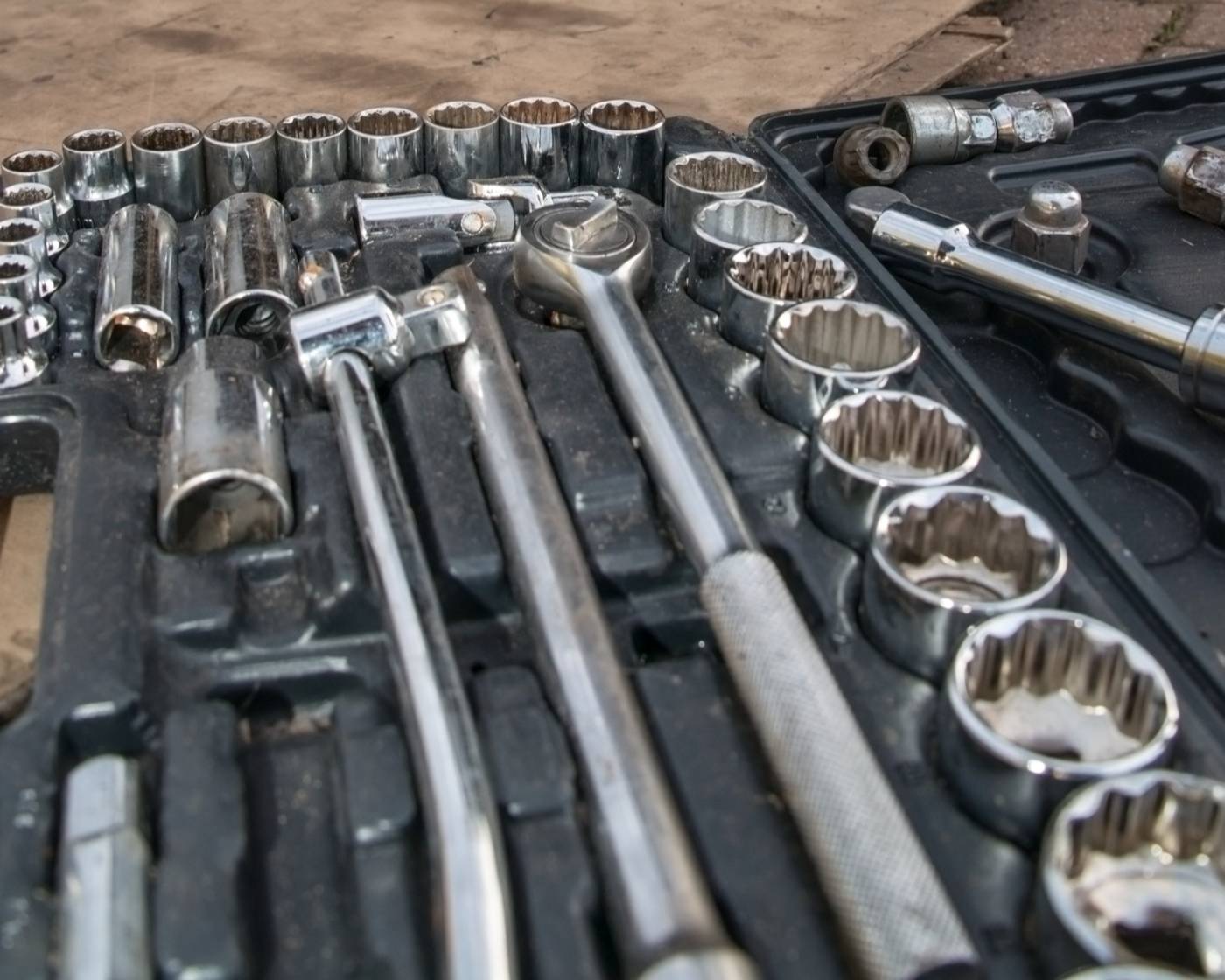 Save up to 25% on your maintenance bills. Electric vans are more reliable than diesel and petrol, especially if you make a lot of short journeys. 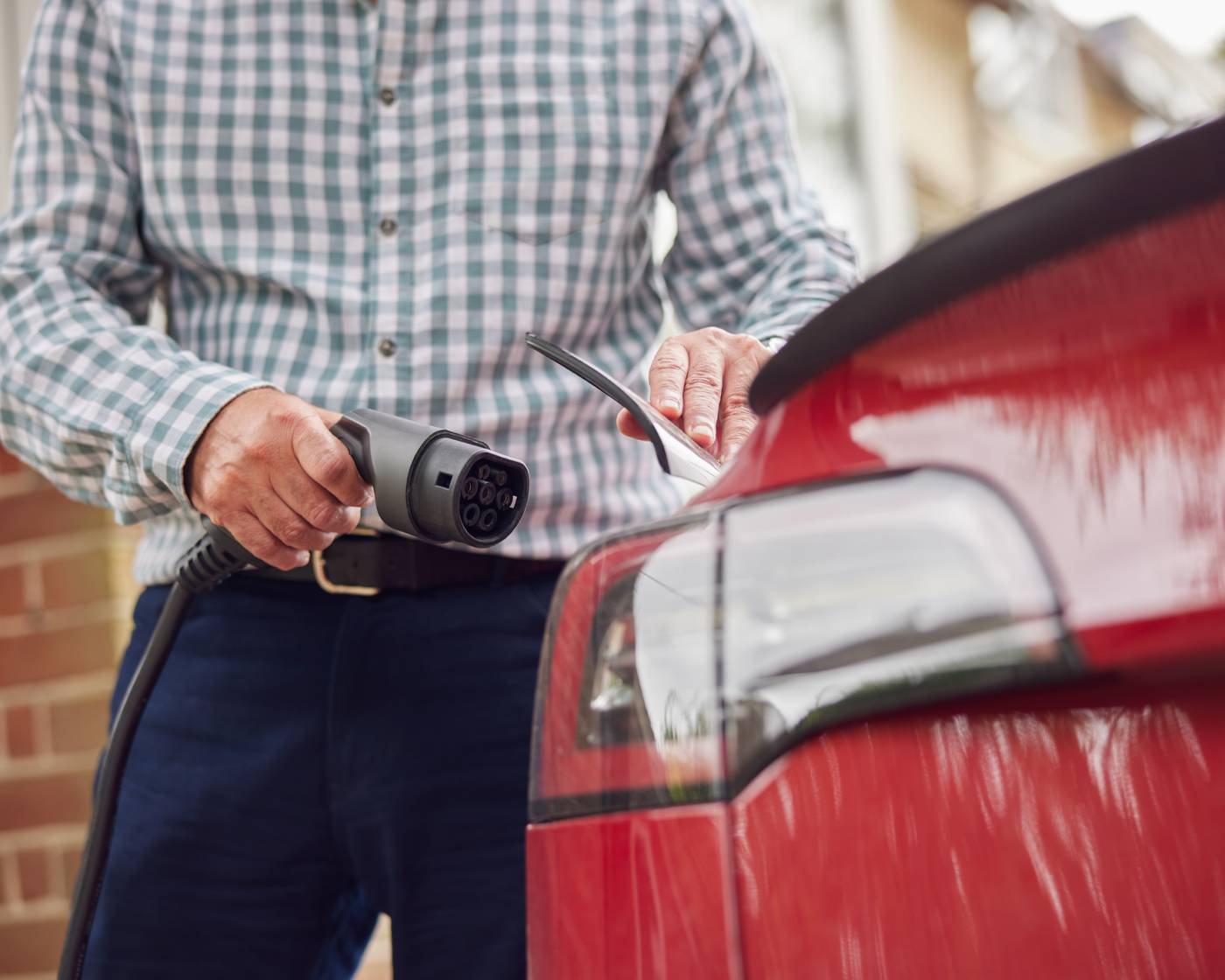 Help with the cost of installing a charger

Find out more and apply 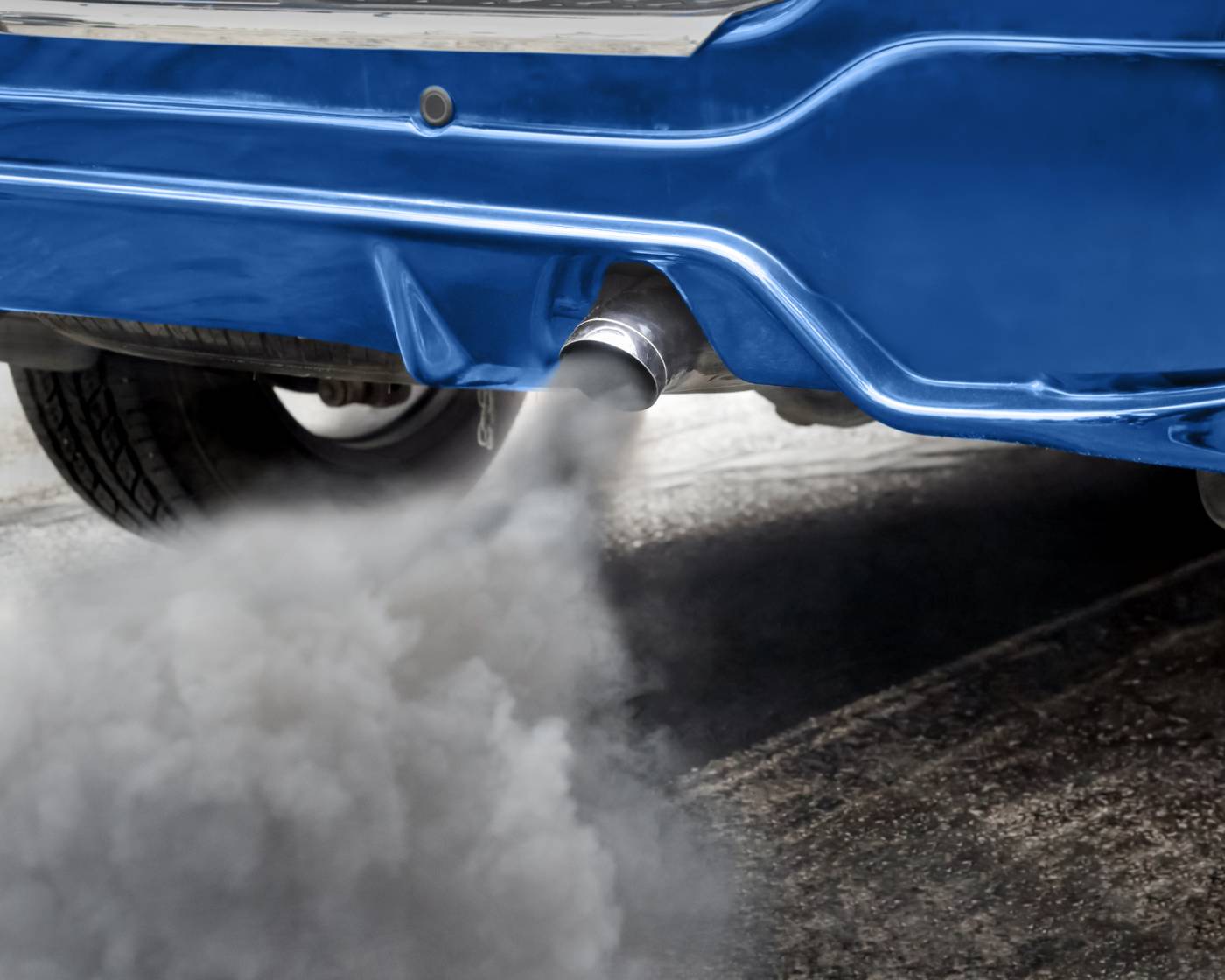 From 1 June 2023, non-compliant vans travelling in the Greater Manchester Clean Air Zone will be charged £10 a day. Electric vehicles (and Euro 6 diesels) won't pay a charge and there will be grants available to help you to switch.

"It's done almost 60,000 miles since new and is still at 100% battery health. In fact, it's only had new tyres and brake pads in seven years." - Paul Lewis, Travel Planning and Logistics Manager, Manchester Metropolitan University

Manchester Metropolitan University (MMU) have had their Nissan EN-NV200 electric van since 2014. The Facilities team originally used it to deliver and collect internal mail between the university's Crewe and Manchester campuses every day - a round trip of about 80 miles. Since the Crewe campus closed in 2018, it's making regular trips to various sites around Greater Manchester.

The van is one of MMU's 14 EVs, and Paul is pleased with its reliability, performance, and the cost savings he’s seen. “We’ve saved around £5,000 in fuel costs compared to our previous diesel,” he says. “We’ve had no problems with the battery and have just extended the lease on it. We also have electric vans which we’ve bought outright with five-year battery warranties.”

And, after being unsure at first about driving an electric van, Paul’s team have been converted. “They love it! They can’t believe the difference in driving experience – it doesn’t feel like you’re driving a van.” 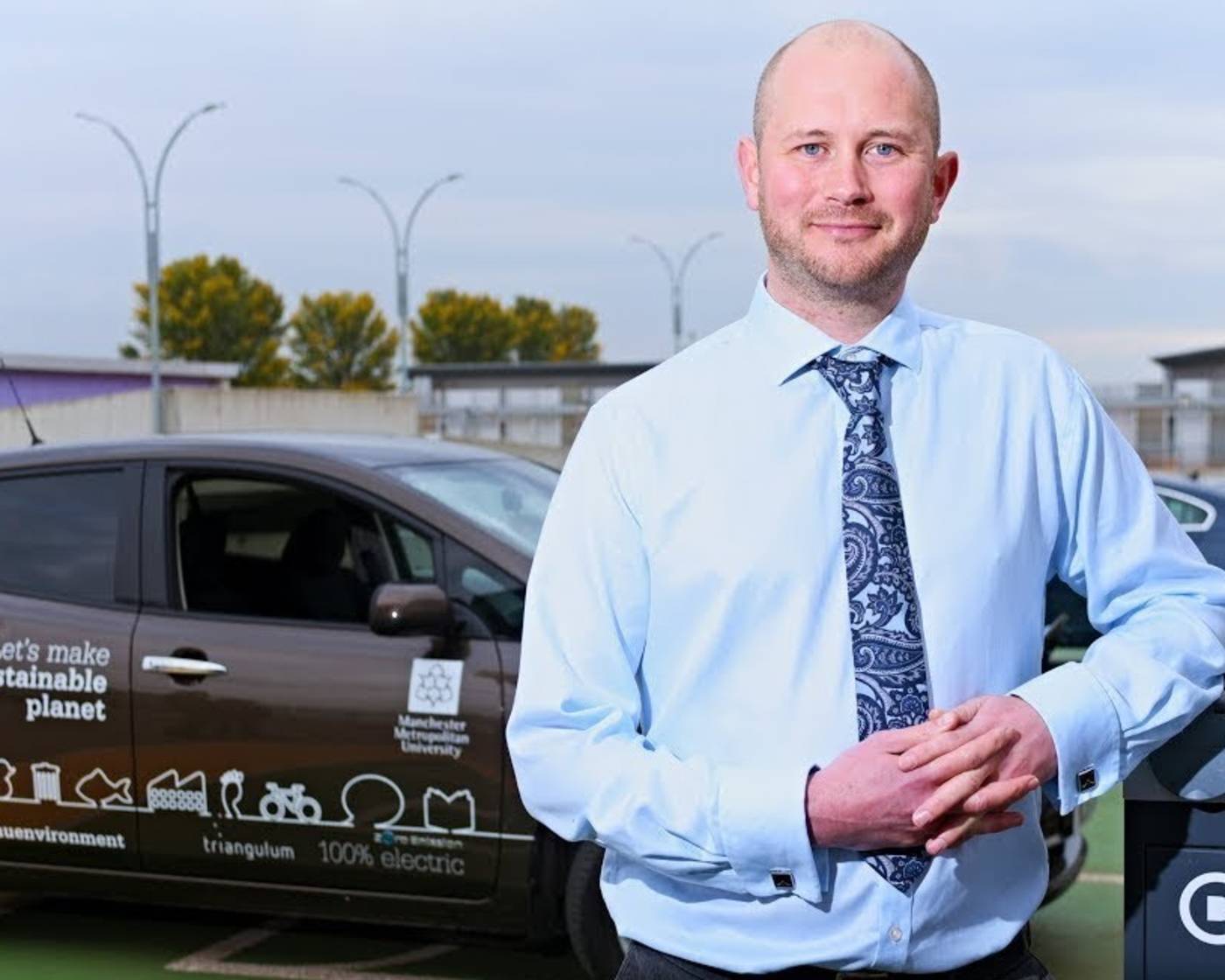 What kind of range should I expect from my van?

Will the battery fail or fade out after a few years?

A common misunderstanding is that EV batteries degrade as quickly as they do in your phone.

Most manufacturers offer up to a seven-year warranty on batteries to highlight how reliable they are. And EV batteries are made up of many small cells, so if one is faulty, it can be removed and replaced. You don't have to change out the whole battery because of a couple of dodgy cells.

Whether you’re driving a diesel or an electric van, carrying a load obviously reduces your mileage, and the effect on an EV is no different than a diesel.

Many people believe that batteries die far more quickly in the cold. What Car recently put the range loss on cold days at around 10-15 miles on a car with a 160-mile range. That's less than 10%.

It's not as big a problem as you might think - unless you're planning to drive to the Arctic circle.

Are second-hand vans a good option?

The second-hand market is growing fast. Electric vans are a bit harder to come by than cars, but that is changing as more eVans come onto the market. With the big fleets all going electric, you'll be spoiled for choice soon as they tend to refresh their vehicles every few years.

The most important thing to check is the battery, and there are easy ways to do this. During a service, the manufacturer will always give the battery a health check so, if you’re buying a used electric van, make sure you see the most recent battery test report.

Don't forget - many manufacturers are giving battery warranties of up to seven years. Make sure you also get details of the battery warranty and any battery hire agreement which may come with the van.

What if I can't charge up at home or work?

If you don't have off-street parking or a depot for your van, charging does get trickier. But modern, public rapid chargers can charge your van in under an hour. And you don't have to fully charge it every time.

You can add 50 miles of range in 15 minutes at a rapid charger. So, with a bit of thought, you can plan this into your schedule and never run out of charge. Obviously, that sounds like a hassle, but compare it to the gains - if you can save £30 on every single fuel stop with a bit of planning, isn't that worth it?

To find a map of all the UK's charging points, head over to Zap-Map.

How do I get started?

The government has grants available for people and businesses looking to install chargers at home or work. To find out more and apply for a grant, visit the Office for Zero Emission Vehicles (OZEV) grants page.

For the latest help to save money by becoming an EV driver, check out the Energy Saving Trust website.

What about cars for business travel?

If you're looking for info on electric cars for business, we've got you covered.

Stay in the loop